Über sich selbst: "I came from the backwoods of rural Pennsylvania, 'discovered' how much I loved Punk/HC in 1982 and have been playing/attending/organizing gigs ever since. The book came out originally in 1992 as a rough photocopied booklet done at the post office and later in book form after I moved to San Francisco from Boston. Since 1997 I have been working for/with the anarchist publishing/distribution collective AK Press in Oakland, Ca. We do 8-12 books/CDs per years with a focus on radical politics and history. Write for a free catalog. I am currently playing bass for the rock band Songs For Emma, who has a great new LP out called Red Lies and Black Rhymes (Broken Rekids). This year I will be relocating from the ghetto of Hunters Point to the mountains of West Virginia where I have some small farm land and a cottage. There I will remain active in Punk, politics and rock'n'roll even if doing it alone. Also I will be able to spend time on my hobbies of bicycle riding/repair, vegetarian cooking, and shooting guns."

»The Philosophy of Punk« 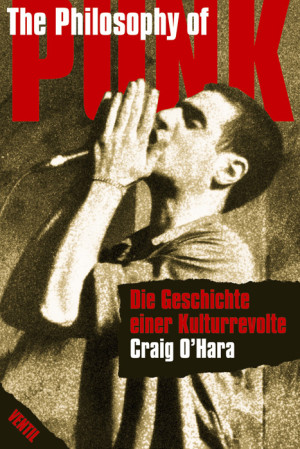